California’s consumer lemon law, the Song-Beverly Consumer Warranty Act, was written to protect more than just the purchasers of lemon vehicles. It also protects the next unsuspecting buyer. 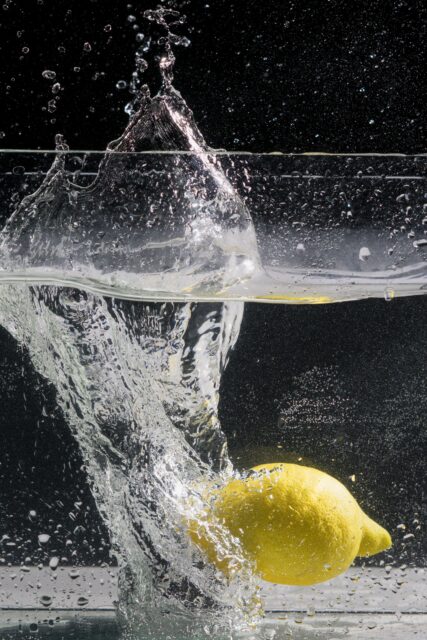 If a vehicle is a “lemon,” the manufacturer must buy it back. The Song-Beverly Act imposes an affirmative duty on manufacturers to offer to repurchase or replace vehicles that it cannot repair after a reasonable number of attempts. The consumer does not even have to ask for a buyback, the manufacturer is required to offer this on its own.

And when the vehicle is sold, the manufacturer (and any subsequent seller) must provide a disclosure that states: “THIS VEHICLE WAS REPURCHASED BY ITS MANUFACTURER DUE TO A DEFECT IN THE VEHICLE PURSUANT TO CONSUMER WARRANTY LAWS. THE TITLE TO THIS VEHICLE HAS BEEN PERMANENTLY BRANDED WITH THE NOTATION ‘LEMON LAW BUYBACK’.” California Civil Code § 1793.23(f)

The rules apply even if the manufacturer bought back the lemon vehicle outside of California. If it is resold, in California, the lemon law notifications must be given.

These requirements, known as the Automotive Consumer Notification Act, are in place to protect the next buyer. If someone is buying a lemon vehicle, they have a right to know. They probably would not want to buy it and would not pay as much money for a lemon car.

“Lemon laundering” is what happens when the manufacturers try to evade these requirements. There are estimates that a “lemon” title brand decreases the value of a car by about 25%. If a manufacturer can avoid branding the title, that means that they can re-sell the car for more money. Unfortunately, this comes at the expense of the unsuspecting next buyer.

“Lemon laundering” can take many forms. The most basic laundering happens when the manufacturer simply refuses to brand the title or fails to provide the appropriate disclosures.

But today, lemon laundering can be more sophisticated. For example, in the case Johnson v. Ford Motor Company (2005) 35 Cal.4th 1191, Ford Motor Company was accused of “lemon laundering” because it had a policy of offering “Owner Appreciation Certificate” credits of up to $5,000 towards a trade-in to customers that complained about problems with their cars. Instead of having to buyback a lemon vehicle, Ford would give its dealers money, in the form of these credits, to buy the car back. Since the dealer was just accepting the car as a trade-in, they wouldn’t have to brand the title or provide disclosures. Or so Ford thought.

In the Johnson case, the prior owner had repeated and unrepairable transmission issues with their vehicle. They asked Ford to repurchase their car as a “lemon.” Ford refused, but instead approved a $1,500 “owner appreciation certificate” on a trade-in for a new Ford. The prior owners traded their lemon car in, and it was then sold to the Johnsons without any lemon law disclosures. The Johnsons never would have bought the car had they known its history. Unsurprisingly, the Johnsons had issues with their car.

The Johnson case went to a jury trial, and the jury awarded $10 million in punitive damages, or the equivalent of one year of Ford’s profit from its “owner appreciation certificate” program. The case went up to the California Supreme Court and the punitive damages were eventually reduced to $175,000, just less than 10 times the amount of the compensatory damages awarded.

Other manufacturers are attempting to evade disclosure requirements, and launder lemon cars, by conditioning repurchases on the complaining customers signing “Goodwill” non-disclosure-agreements. In order to get a repurchase, the customer has to “agree” that the vehicle is being bought back as a gesture of “goodwill” and not as a warranty obligation, and agree keep the repurchase confidential and not aid in any subsequent lawsuits.

These “Goodwill” confidentiality agreements are illegal and unenforceable in California. Song-Beverly prohibits a manufacturer from “[i]ncluding, in any release or other agreement, whether prepared by the manufacturer, importer, distributor, dealer, or lienholder, for signature by the buyer or lessee, a confidentiality clause, gag clause, or similar clause prohibiting the buyer or lessee from disclosing information to anyone about the problems with the vehicle, or the nonfinancial terms of the reacquisition of the vehicle by the manufacturer, importer, distributor, dealer, or lienholder.” California Civil Code § 1793.26(a)(2). If your lemon car gets bought back, you are free to disclose your issues with it. The next customer deserves to know. Manufacturers cannot get around the lemon law by calling repairs “goodwill.”

Lemon laundering can carry much stiffer penalties than the lemon law’s other provisions. Song-Beverly provides up to a two-time civil penalty for “willful” violations. However, lemon laundering is often considered a form of fraud, and additional punitive damages are possible.