On September 18, 2015, the world was shocked when the Environmental Protection Agency issued a notification that the Volkswagen Group had intentionally rigged their turbocharged direct injection (“TDI”) diesel engines to cheat emissions standards. The EPA issued a Notice of Violation stating that approximately 480,000 Volkswagen and Audi vehicles, equipped with 2L TDI engines, sold in the United States between 2009 and 2015, had “defeat devices” installed. These devices allowed the vehicles to pass emissions testing, when in truth, they were emitting up to 40 times more nitrogen oxide than what was allowed by law. In the blink of an eye, 480,000 vehicles in the US were no longer “street legal.” Worldwide, eleven million VW and Audi cars had these “defeat devices” installed. 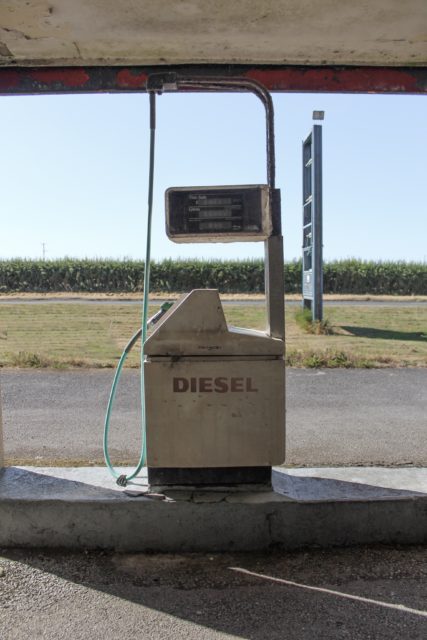 By December 2015, at least 451 lawsuits had been filed in federal district courts against Volkswagen. The “Dieselgate” scandal resulted in a $14.7 billion settlement and Volkswagen was forced to repurchase hundreds of thousands of cars.

But Volkswagen was not the only manufacturer that was accused of cheating emissions standards. Litigation is ongoing against BMW for issues with the 2009-2013 BMW X5 xDrive35d and the 2009-2011 BMW 335d diesel vehicles. And manufacturers such as Mercedes, Ford, and General Motors have all been accused of evading emissions standards through the installation of defeat devices that turn off or turn down emissions controls when the vehicles sense that they are not in a test environment.

Notably, in in early 2019, Fiat Chrysler Automobiles (“FCA”) reached a settlement with both federal and state regulators and consumers regarding emissions issues for 2014 – 2016 Ram 1500 and 2014 – 2016 Jeep Grand Cherokee vehicles equipped with 3.0L EcoDiesel Engines. Consent Decrees have been reached with both the California Air and Resources Board and the Environmental Protection Agency. And a nationwide class action settlement was approved in May 2019.

Under these settlements, FCA has agreed to provide the approximately 100,000 class members with cash payments of up to $3,075.

Perhaps more importantly, FCA has agreed to repair all 100,000 vehicles to ensure compliance with emissions regulations by performing a “Approved Emissions Modification” on the vehicles.

FCA has also agreed to provide an extended warranty on these vehicles:

For all Eligible Vehicles that receive the Approved Emissions Modification on or before the Recall Target Deadline, the Extended Warranty Period shall be the greater of: (i) 10 years from the date of initial sale or 120,000 actual miles on the vehicle odometer, whichever comes first; and (ii) 4 years or 48,000 miles, from date and mileage of installing the Approved Emissions Modification on the vehicle, whichever comes first.

And the extended warranty contains full lemon law rights. If the recall is performed on a vehicle, and during the first 18 months or 18,000 miles (whichever comes first) following the emissions recall, the vehicle has issues related to the recall and: (i) the issue cannot be repaired after making 4 separate repair attempts; or (ii) the vehicle is out of service for a total of 30 days, then FCA must repurchase the vehicle.

The FCA EcoDiesel recall has now been performed on tens of thousands of Jeep Grand Cherokees and Ram 1500s. But the story is not over yet. Consumers are now complaining that the “Approved Emissions Modification” has caused problems with their vehicles. According to the National Highway Traffic Safety Administration, drivers have complained that:

THIS SOFTWARE FLASH/RE-PROGRAM HAS MADE AN OTHERWISE SAFE CAR UNSAFE. AT LOW ENGINE TEMPERATURES (COLD START) THE VEHICLE HAS VERY LITTLE POWER TO ACCELERATE THROUGH INTERSECTIONS, MAKE LEFT TURNS, MOVE OUT OF THE WAY IF SOMEONE IS APPROACHING FROM A HIGH RATE OF SPEED FROM BEHIND AT A STOPLIGHT.

DUE TO THE REFLASH, THERE WAS A LAG IN ACCELERATION OF 4 TO 6 SECONDS, WHICH PREVENTED THE VEHICLE FROM SAFELY MERGING INTO TRAFFIC. THE CONTACT FELT THAT THE REFLASH REPAIR WAS A SAFETY RISK FOR HIMSELF AND OTHERS.

I PULLED OUT ONTO THE OPEN ROAD AFTER THE UPDATE . . . THE VEHICLE IS DEAD OFF THE LINE AND THERE IS A 2-3 SECOND TURBO LAG AT ALL SPEEDS. YOU END UP GIVING MORE THROTTLE THAN YOU WANT BECAUSE THE RESPONSE IS SO DELAYED, AND THEN YOU GET A MASSIVE SURGE OF FULL THROTTLE WHICH CAN BE UNSETTLING AND MAKE THE VEHICLE UNSTABLE IN A TURN. VERY SCARY TO RIDE WHEN MY WIFE OR KIDS ARE DRIVING WHO AREN’T USED TO THE ISSUE. PULLING OUT INTO BUSY INTERSECTIONS, EVEN WITH A WARMED UP ENGINE IS A DANGEROUS, WHITE KNUCKLE EXPERIENCE AS THE VEHICLE CRAWLS LIKE A TORTOISE INTO THE MIDDLE OF INTERSECTIONS BEFORE THE POWER FINALLY COMES AFTER 2-3 SECONDS.

I HAD THE APPROVED EMISSIONS MODIFICATION COMPLETED ON MY ECODIESEL GRAND CHEROKEE. SINCE THESE WAS COMPLETED THERE IS A VERY NOTICEABLE LAG WHEN PRESSING ON THE GAS. WHEN TRYING TO PULL OUT INTO AN INTERSECTION THE LAG IS SO BAD (1-3 SECONDS) AND YOU FEEL AS IF YOU ARE UNABLE TO MOVE. THIS IS GOING TO CAUSE SOME SORT OF ACCIDENT AS IT IS A DEFINITE SAFETY HAZARD

ON PULLING INTO TRAFFIC AT INTERSECTIONS, OCCASIONALLY THE TURBO DOES NOT KICK IN PROPERLY. NO POWER FOR A COUPLE OF SECONDS WHILE ROLLING SLOWLY INTO TRAFFIC, THEN THE TURBO KICKS IN HARD ENOUGH TO SKID THE TIRES. HAS NEARLY GOTTEN US RUN OVER SEVERAL TIMES. STARTED AFTER THE SOFTWARE RECALL UPDATE, AND THEY HAVE NO FIX.

DID THE NEW ECODIESEL UPDATE AND NOW TRUCK LAGS DURING ACCELERATION. TAKES A SECOND OR 2 TO TAKE OFF. ALSO WITH THE EGR COOLER RECALL I’M LOSING COOLANT CAN POSSIBLY CAUSE A FIRE. FCA TOLD ME WHEN I CALLED TO CARRY A JUG OF COOLANT WITH ME TO REFILL AS NEEDED. I WOULD THINK I WOULD HAVE TO DO THIS ON A 3 YEAR OLD TRUCK.

I PURCHASED A NEW 2106 RAM 1500 ECODIESEL IN 2016 FROM A DEALER. THERE WAS AN EMISSIONS RECALL FOR WHICH I TOOK TO THE DEALER AND HAD DONE ACCORDING TO THE MANUFACTURER. SINCE THE RECALL WAS COMPLETED I HAVE HAD A SERIOUS LAG IN ACCELERATION. THERE IS NOW A 3 TO 4 SECOND DELAY AT 3/4 THROTTLE BEFORE THE TRUCK TAKES OFF IN A LURCH. I ASKED THE DEALER HOW THIS CAN BE FIXED TO ACCELERATE AS BEFORE THE RECALL AND THEY SAID THERE WAS NOTHING THEY COULD AND THAT THEY WOULD NOT UNDO THE COMPUTER CHANGES. I LIVE OFF A BUSY STREET AND TRYING TO FLOW INTO TRAFFIC IS A REAL CHALLENGE AND A SAFETY HAZARD. I’M AFRAID TO LEND MY TRUCK TO FAMILY AND FRIENDS BECAUSE OF THE SAFETY HAZARD AND WANTED TO MAKE SURE A COMPLAINT HAS BEEN FILED.

Fortunately, the settlement and Consent Decrees preserve lemon law repurchase rights. If you have had repeat issues after the emissions recall with your 2014, 2015, 2016 Ram 1500 or Jeep Cherokee, you may be entitled to a vehicle repurchase. Give us a call or fill out our online intake form here.