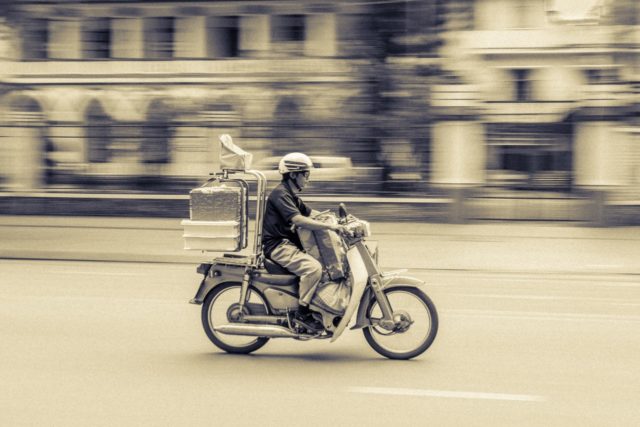 In recent months, delivery companies have come under scrutiny for failing to deliver tips to their drivers. For example, a recent New York Times expose, My Frantic Life as a Cab-Dodging, Tip-Chasing Food App Deliveryman, delved into some of these practices. The article describes DoorDash’s (now changing) “pay model” as:

DoorDash offers a guaranteed minimum for each job. For my first order, the guarantee was $6.85 and the customer, a woman in Boerum Hill who answered the door in a colorful bathrobe, tipped $3 via the app. But I still received only $6.85.

Here’s how it works: If the woman in the bathrobe had tipped zero, DoorDash would have paid me the whole $6.85. Because she tipped $3, DoorDash kicked in only $3.85. She was saving DoorDash $3, not tipping me.

A more comprehensive list of current “tipping” practices can be found here.

Numerous lawsuits have been filed on behalf of the delivery drivers, bringing causes of action such as breach of contract, negligent misrepresentation, fraudulent inducement, and unjust enrichment, arising out of allegations of “illegal and deceptive practices of misrepresenting to drivers the true nature of their pay and the allocation of tips in connection with their . . . services.” (See e.g., Hodge v. DoorDash, Inc.)

But misrepresenting where tips go does not only hurt the drivers, it also hurts the customers, who have unnecessarily overpaid for services and are not getting their full benefit of the bargain. Under the DoorDash system described above, if the customer tips less than the amount of the “guaranteed minimum,” the driver gets none of the tip. The result to the driver is the same whether any tip is given at all. The consumer would be better off not spending additional money on a tip, since the driver will not get it anyways. But this may not be adequately disclosed to the consumer.

As a result, a failure to remit “tips” or “gratuities” to delivery drivers may violate numerous California consumer protection statutes. As an example, in 2016, a California class action was brought against Caviar, alleging that while Caviar charged customers a “gratuity” fee of approximately 18% of the total purchase, no portion of that gratuity “was provided to the delivery drivers, nor were the funds in any other way treated as a gratuity.” See Janssen v. Square, Inc., San Francisco County Superior Court, Case No. CGC-16-549980. The Janssen litigation alleged that Caviar’s conduct had violated the California Consumers Legal Remedies Act Sections 1770(a)(5), 1770(a)(9), and 1770(a)(14), in that it:

(a) Defendants presented a line item labeled “tax and gratuity” to the consumer for each transaction; (b) Defendants then charged approximately 18% of the total purchase for the portion of this line item it represented as a “gratuity,” after accounting for the applicable taxes; (c) Defendants simultaneously had no intent to transmit this 18% to the drivers, which it had actually classified as independent contractors who had no statutory, contractual, or other ownership interest in the “gratuity,” and (d) Defendants did not transmit the gratuity collected to the delivery drivers, but instead retained 100% of the funds for itself.

The Janssen case resulted in a $2.2 million settlement and Caviar agreed to give California class members an approximate $15.28 delivery credit.

Next time you place an online delivery, you might want to take a closer look at the fine print. Your tip might not be going where you think it is.